and a whole lot more
This site is NOT affiliated with the Philadelphia Flyers or the National Hockey League. The views and opinions of this site are strictly ours and no one else's. Content of this site is checked for accuracy, but not flawless. Please double check any information regarding schedules, etc. Please report any inaccuracies to webmaster@flyers.com.​ 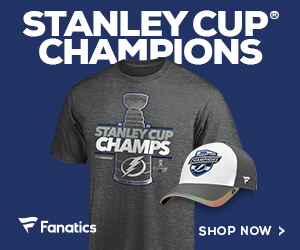 Travis Konecny scored his 6th goal to give the Flyers a 1-0 lead.  He added an assist and 5 hits in the loss to the Penguins on Saturday.
Next Game:
Flyers vs Capitals
Sunday 7 pm

Penguins 4 Flyers 3
Kevin Hayes 8th goal came on the power play to tie the game at 2 on Saturday.  He had 2 hits and a blocked shot as well on Saturday

Shayne Gostisbehere scored his third goal of the season to give the Flyers a 3-2 lead in the second.  He finished +2 with 5 shots on goal, a hit and a blocked shot on Saturday against the Penguins.
No rally for the Flyers this time, fall to Penguins 4-3, 2 power play goals the difference
New! NHL updates to schedule
The Flyers lost the rubber match against the Penguins on Saturday.  They face a similar situation this week facing the Capitals, who are 3 points in front of the Flyers, but the Flyers have 3 games in hand.
The Flyers got goals from Konecny (6), Hayes (8) , Gostisbehere (3).  The Ghost goal gave the Flyers a brief 1 goal lead.  The Pens tied the game with 2 minutes to go in the second period, then scored the winning goal half way thru the third.
Brian Elliott was in goal, allowing 2 power play goals, and 2 even strength goals on 27 Penguins shots.
Phil Myers and Erik Gustafsson were scratched, Nate Prosser getting in his 2nd game as a Flyer.
NHL.com's Flyers/Penguins box score from 3/6/21